It's the end of the year, so we have had the chance to collect amazing new tutorials for the past six months. This year we dedicated ourselves to having a tutorial every week in the year, and we far exceeded that.

With over 60 tutorials, source code examples, videos, and an ebook, this year, we took advantage of our team and the developers worldwide, sharing ways to improve Cocos Creator's experience. We have to thank everyone for following us on social media and being a part of our #TutorialThursday campaign this past year. We will continue to follow up with more tutorials. Still, we may slow down their releases to help us prepare better future tutorials. We have many tutorials for beginners and experts ready to be released early next year.

This video shares some of the basics in understanding using shaders, lighting, skybox, and camera when building a 3D game for Cocos Creator 3.x This book, built by the Cocos team, shows you in detail how to add 3D Assets to your game and is available for free from our forums. Cocos ecological leader Kylin shares a more in-depth look at the features that were added to 3.6 this year, including improvements to the editor and improved rendering and performance that have made 3.6 the best-released engine we have created for the web, mobile, and PC. This tutorial helps to show you how to build an improved AI that is being used more due to its ease of construction and improved quality of AI usage. A great introduction with code included. 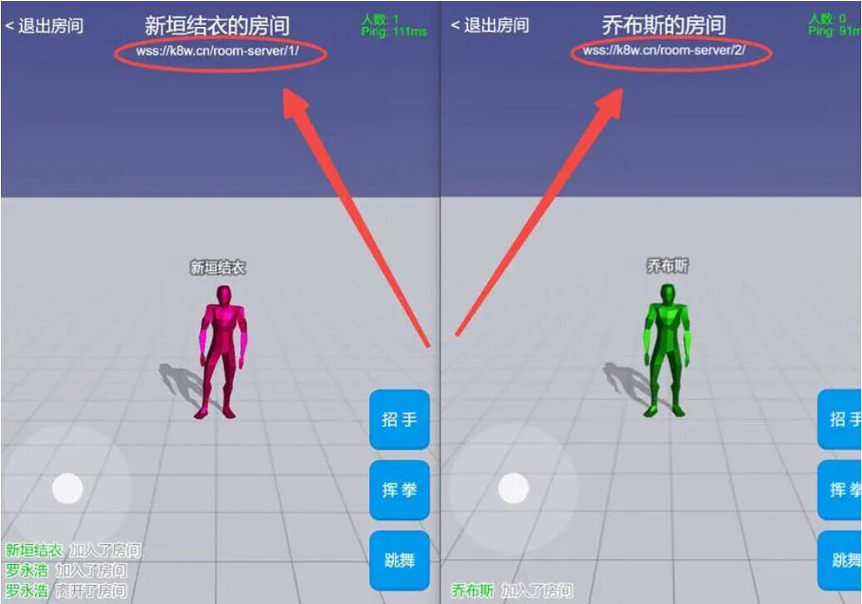 For some developers like King Wang were looking to improve internal match systems after Tencent Cloud ended MGOBE. King ended up creating a framework that works perfectly with Cocos Creator. Code is included in this story.

Implement a room and matching system with 100,000 people online

Adding Reflections To Your 2D Game Without Added Drawcalls

Iwae comes to the rescue of a few developers in sharing a fully playable demo showing off how you can build water reflections with the need to make added drawcalls. A demo and source code is all included.

Tencent Shares What They Love Working With

The team at Tencent's Education group, who are using Cocos Creator for their education apps, comes in and shares some of their favorite extensions, tricks, and tips for those looking to add improvements to your development.

We have to thank Nowpaper for this interesting and useful code that allows you to build portals, gun scopes, and windows to new locations thanks to the usage of RenderToTexture. Source code provided as well for purchase at a minimal price.

Introduction To The Use Of Sprite Sheets In Cocos Creator

Some developers in our Discord had a very lengthy discussion on this, and iwae came up with a great tutorial to help introduce developers to the idea.

How To Quickly Build A Multiplayer Game In Cocos Creator

Sun Chenyeng of Xiaoxi shares a few ways they improved and optimized their game when it started to go multiplayer. They also share some of their favorite Cocos Store plug-ins

Find The Problems Of Your Game Quicker

Cocos technology expert Zilongshan shares a vast amount of issues they found could hurt your game's speed and shares answers on better optimization with memory and other performance tips and tricks.

Steps In Finding Bottlenecks In A Mobile Game - Shenzhen Salon

Preparing Art For Your MMORPG ZQGame's art director, Mei Yang Tian, comes to our Shenzhen event and shares some tips on improving the optimization of art, such as LOD, texture sizes, lights, and PBR.

Mr. Feather shares how you can add your 3.4 projects to Android and includes the source code in the tutorial. One of the better tutorials on the subject.

Chen Pipi comes with one of the most math-based tutorials but comes with some impressive-looking ways to make your 3D game have fun cannons and projectiles. Well worth it for the discussion on trajectories.

Building 3D Projectile Shooters With A Lot Of Math Developer Bool Chen comes out with a great way to improve your TiledMaps, making it's optimizing as well as multi-atlas rendering and framing pathfinding. Open-source game networking company Colyseus comes out with a great tutorial for adding multiplayer gaming into your game with Cocos Creator. This tutorial comes with a demo game as well as the source code.

For those building games with Spine and using multiple costumes for main characters and other items, this tutorial helps you, thanks to Mr. Feather. This tutorial comes with a great demo and source code.

An Introduction To Changing Costumes With Spine Once again, iwae comes to share a great demo of 3D game development for both Web and Mobile. You can also download the demo from our store.

Hero Village has been released as one of the best mobile games for 2022, and the developers at Hangzhou Daily Power were happy to share some improvements in GGX, lighting, fog effects, and water surfaces, among other things.

Bringing Apps To Mini-Game Platforms At the Same Time Call Me Mr. Big Boss was released as an app, but now as a mini-game for WeChat, it's doing double duty to make sure both are working flawlessly. Their director shares how they are able to handle this work at the same time.

Best Use of 3D Assets

FAQ On How To Better Use 3D Assets In Cocos Creator

Inspired by the hit game in China, iwae shares his take on the match-3 mahjong genre with a 3D game available to play and download. We share a few improvements to the game that is now available to download when you purchase the source code for iles at the Cocos Store.

Script To Create Colliders With Tiled Cocos Discord and Forum user, theRenard, brings us a great script on how to do collisions when building your game with Tiled.

Maufet comes out with a fantastic add-on for adding GPS to your mobile game. Works only for Android currently.

Maufet also added a game they were able to build but sadly couldn't finish. The game uses sequalize, TSRPC, and other techniques. Mr. Kylin adds a free onscreen joystick for your game now at the Cocos Store.

We have to thank our team in building this fun game that has become a popular game style for hypercasual this year. The complete source code is available at the Cocos Store.

Improving Final Packaging Of Your Game

When you are finalizing your game, there are many requirements that you might need to add. Mr. Feathers shares his way of preparing his games and how preparation can help make updates much easier in the future. OMNIDREAM GAMES has been building games with Cocos Creator that have made millions of dollars. Their team takes the time to share a few tips they have for other developers making games.

A Smaller Collision Detector Is Available In The Cocos Store

We take a quick look at CollisionMaster, a new collision detection system that is incredibly small but works incredibly well. We take an overhead look at it and why it’s so amazing. The software is available at the Cocos Store.

Another Look At 3D Mahjong iwae built an enjoyable cube-based mahjong game. But Uncle Hana has taken it to a new level with a 3D game that looks very similar to the hit game “Sheep is Sheep.” The game is available on WeChat, with the source code at our Cocos Store.

We have another great Cocos Store product that we highlight built by our team member, iwae. This allows you to not only build amazing particle effects on your attacks, but also helps teach you how to add healthbars on enemies.

How To Make Cool And Efficient 3D Skill-based Special Effects